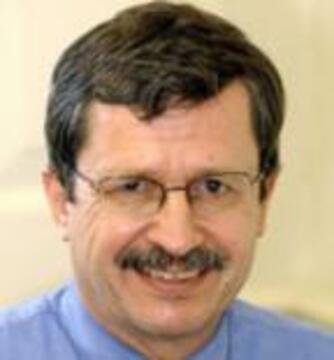 Specializations:
Analysis of the music of the 19th and early to mid-20th centuries, with emphasis recently on Elgar, Nielsen, and Shostakovich; Wagner; chromaticism in tonal music; the history, and the current state, of music theory; concepts of rhetoric and gesture as analytical tools

Much of his work has focused on Wagner and on the music of the late nineteenth century. His dissertation/book Wagner’s Siegfried: Its Drama, Its History, and Its Music, remains one of the two monographs on an individual opera of the Ring cycle.  Another early publication examines the analytical work of the Swiss theorist Ernst Kurth, whose pathbreaking book on Wagnerian harmony, Romantische Harmonik und Ihre Krise in Wagner’s Tristan, set the stage for later twentieth-century approaches to Wagner’s music.   In “Schenker and the Norns” he brings later nineteenth-century tonal and structural principles together with Schenkerian analytical principles to bear on the opening scene of the Prologue of Götterdämmerung.  His most recent project involving Wagner is his collaboration with the literary scholar Adrian Daub, of Stanford University, in writing all the entries on the Ring for the Cambridge Wagner Encyclopedia.

From Wagner he has branched out to consider tonal chromaticism from a variety of perspectives:  a linguistic perspective in “Syntagmatics and Paradigmatics,” a Schenkerian one in “Schenker and Chromatic Tonicization: A Reappraisal,” and a biological one in “An Evolutionary Perspective on Semitone Relations in the Nineteenth Century.”  His more recent encounters with chromaticism include his book chapter on Elgar, and his essay on the “pitch-class motive” in the Estonian journal Res musica.

He has had a long-standing interest in music that has an established presence in the concert repertory, but is under-studied in musical scholarship in general, and in music theory and analysis in particular.  This interest has motivated his extensive work on the music of Shostakovich, as well as more limited work on Elgar and Nielsen.  It extends back into nineteenth-century Russian music, in which he is currently teaching seminars in the Department of Music, but in which he has not yet published.

Stepping back from actual musical repertories, he has frequently written about the intellectual history of music theory, and its practice, function, and health in the contemporary musical world.  Examples include his chapter on rhetoric in The Cambridge History of Western Music Theory, the essay “Rethinking Contemporary Music Theory,” “Ownership, in Music and Music Theory” (the keynote talk for the annual meeting of the Society for Music Theory in 2010), and “Formalism, Fair and Foul.”  His concern with music theory as a discipline has not been limited to scholarship:  he has served the Society for Music Theory in a number of positions, one of which was President of the Society from 1993 to 1995.

In recent years he has given numerous invited papers and seminars, as well as keynote talks, internationally—in the UK, Spain, the Netherlands, Russia, Estonia, Denmark, Brazil and China.  For a number of years he has had an affiliate faculty appointment in the German Department, and as of 2014 he is a Senior Research Fellow in Yale’s MacMillan Center for International and Area Studies.

As a practical musician, he is a choral director and organist, serving as Director of Music at the First Presbyterian Church of New Haven since 1999.

“Ernst Kurth and the Analysis of the Chromatic Music of the Late Nineteenth Century.” Music Theory Spectrum 5 (1983), 56-75.

“An Evolutionary Perspective on Semitone Relations in the Nineteenth Century.” In The Second Practice of Nineteenth-Century Tonality, ed. William Kinderman and Harald Krebs. Lincoln: University of Nebraska Press, 1996, 87-113.

“The Anatomy of a Gesture:  From Davidovsky to Chopin and Back.”  In Approaches to Musical Meaning, ed. Byron Almén and Edward Pearsall.  Bloomington:  Indiana University Press, 2006, 11-40.

“The Pitch-Class Motive in Tonal Analysis:  Some Historical, Theoretical, and Critical Observations,” Res musica (the journal of the Estonia Musicology Society) 3 (2011), 30-59.

All entries on The Ring of the Nibelung in The Cambridge Wagner Encyclopedia, ed. Nicholas Vazsonyi (Cambridge:  Cambridge University Press, 2013.  Collaboration with Adrian Daub.

“Three Talks [on 19th-century musical aesthetics, Wagner’s Ring, and musical rhetoric and gesture] for the Shanghai Music Analysis Forum [October 2013],” Journal of the Shanghai Conservatory of Music, 7/1 (2014).  (Published in Chinese only)