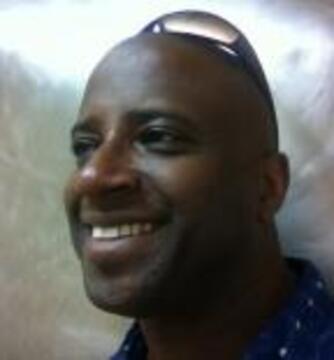 Michael E. Veal has been a member of the Yale faculty since 1998. Before coming to Yale, he taught at Mount Holyoke College (1996 – 1998) and New York University (1997-1998). Veal’s work has typically addressed musical topics within the cultural sphere of Africa and the African diaspora. His 2000 biography of the Nigerian musician Fela Anikulapo-Kuti uses the life and music of this influential African musician explore themes of African post-coloniality, the political uses of music in Africa, and musical and cultural interchange between cultures of Africa and the African diaspora. His documentation of the “Afrobeat” genre continued with the 2013 as-told-to autobiography Tony Allen: Master Drummer of Afrobeat. Professor Veal’s 2007 study of Jamaican dub music examines the ways in which the studio-based innovations of Jamaican recording engineers during the 1970s transformed the structure and concept of the post-WWII popular song, and examines sound technology as a medium for the articulation of spiritual, historical and political themes. His forthcoming book Wait Until Tomorrow surveys under-documented periods in the careers of John Coltrane and Miles Davis that encapsulate the stylistic interventions of “free jazz” and “jazz-rock fusion,” and draws on the language of digital architecture in order to suggest new directions for jazz analysis.

Undergraduate courses that Professor Veal has taught have included: Music Cultures of the World; Theory & Practice of Ethnomusicology; Traditional and Contemporary Musics of Sub-Saharan Africa; Jazz in Transition 1960 -1985; Funk - The Re-Africanization of the American Popular Song Form; Jazz & Architecture; Music and the Post-Colonial and Popular Music: The Experimental Tradition. Graduate courses have included: Music in Africa; The Recording Studio in Sonic and Cultural Perspective; Topics in Jazz Studies; Recalibrating the Ethnographic Radar (A History of Ethnographic Recording) and Proseminar in Ethnomusicology.

Wait Until Tomorrow: The Music of John Coltrane and Miles Davis Re-Assessed in the Digital Age (forthcoming from Wesleyan University Press)