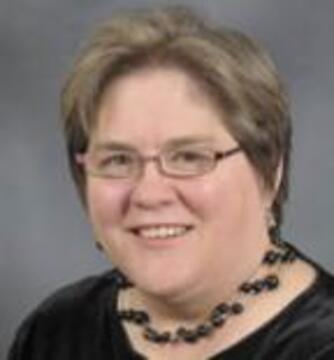 About: Composer Kathryn Alexander, a 2007-08 Aaron Copland Award winner and a 2006 recipient of a Guggenheim Fellowship, has written a wide variety of works, both acoustic and technological. Her pieces draw upon a range of disciplines, including literature, the visual and plastic arts, the sciences, and technology to develop formal schema that distill from the abstract rather than from literal, programmatic meaning. This interdisciplinary approach has culminated in an extensive array of compositions, ranging from pieces for solo instrument and chamber ensemble, solo voice and orchestra, to technological presentations and multimedia works. When Alexander engages music with the other arts, whether for dramatic or abstract expression, or as sonic sculpture, she seeks to highlight the processes of transformation and the beauty of change. The result is a varied repertoire described variously by critics as music in which “… the gestures were bolder, the moods more volatile, the climaxes more clearly marked and - most significant - the sounds enormously more colorful,” and where “… the instrumentalists out-Bartoked Bartok in their extramusical pursuits.”

Alexander’s recent works include: AroundAbout (2007), a piano trio for the Williams Chamber Players; In The Purest Air, Sapphirine (2006), a chamber concerto for electric jazz guitar soloist, Mark Dancigers, and The NOW Ensemble; Dreams and Reveries (2005), a percussion quartet for the Yale Percussion Group; From The Faraway Nearby (2004), a piano trio for The Blue Elm Trio;… Mania REDUX! (2003), for virtual percussionist and controllist; and In Memoriam (2003), for vocal soloists Richard Lalli and Julia Blue Raspe with The Yale Camerata, Marguerite Brooks, conductor.

A native Texan, Alexander comes from a musical family where she found it natural to be involved with music from an early age. She completed her Bachelor’s degree at Baylor University as a flutist, studying with Helen Ann Shanley, and then went on to The Cleveland Institute of Music to work with Maurice Sharp, principal flutist of the Cleveland Orchestra. While there she began to compose. Alexander studied with Donald Erb and Eugene O’Brien at The Cleveland Institute of Music and later earned her DMA in composition at the Eastman School of Music, working with Samuel Adler, Barbara Kolb, Allan Schindler and Joseph Schwantner, and pursued additional study with Leon Kirchner at the Tanglewood Music Center. She has taught at the Oberlin Conservatory of Music (1994/1987-1988), Dartmouth College (1990-1993), the University of Oregon (1995-1996), and currently teaches composition and music technology at Yale University.