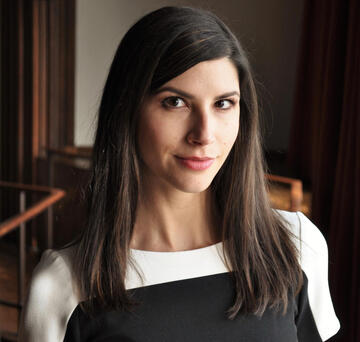 Jessica Gabriel Peritz is a cultural historian of music, literature, and philosophy in the long eighteenth century, with a particular focus on representations of bodies and politics in Italian opera. Her first book, The Lyric Myth of Voice: Civilizing Song in Enlightenment Italy (forthcoming fall 2022, U. California Press) traces the origin of Western liberal ideologies of voice back to a network of eighteenth-century musical and literary practices. Drawing on a range of approaches and frameworks—including gender studies, disability studies, anthropology, mythology, literary theory, and historical musicology—the monograph argues that Italian Enlightenment attempts to rebrand song ultimately turned the singing voice into a discursive and practical tool for creating “civilized” political subjects.

She received her Ph.D. in music history from The University of Chicago in summer 2019, and joined the Yale Department of Music in fall 2019. She also holds an A.B. in early modern history and literature from Harvard and an M.Mus. in vocal performance from Mannes College The New School for Music.