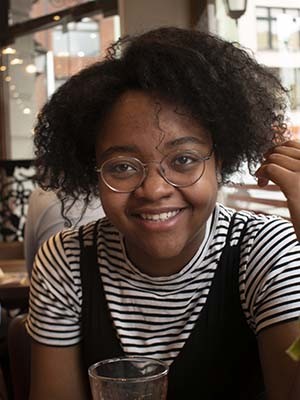 Sara Speller has been awarded the Angela Fu Scholarship to pursue an M.Phil. in music (musicology) in St. John’s College at Oxford University.

Speller, who originally is from North Carolina but currently lives in Ohio, is majoring in music at Yale. During her time on campus she has been a first-year counselor, a Head of College aide, and an active member of the Yale Glee Club from fall 2015 to fall 2018. She was also a member of the Opera Theatre of Yale College and the Yale Baroque Opera Project, and she participated in the Shen Curriculum for Musical Theater. Speller worked as a teaching artist for the Yale School of Music’s Music In Schools Initiative, peer tutored within the music department, and spent one summer as a counselor for Camp Kesem. She is a classically trained singer who performs both opera and musical theater. Speller’s academic interests lie within music and performance, chiefly concerning race, gender, and art music in the 19th and early 20th centuries.