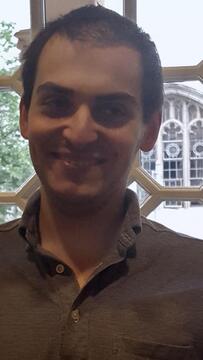 Matthew Mendez (2016) is a Ph.D. candidate in music history. He is also a graduate certificate student in the Film and Media Studies Program. Matt holds an A.B. in music from Harvard University, and also earned Masters degrees (with distinction) from the University of Edinburgh and the Guildhall School of Music & Drama. In addition, Matt is an alumnus of the Princeton-Weimar Summer School for Media Studies. At Harvard, Matt won the school’s Bowdoin Prize, awarded annually for an essay of high literary merit. He has also been the recipient of an ASCAP Foundation Deems Taylor/Virgil Thomson Award for outstanding writing on music.

Matt’s dissertation project traces the origins and contemporary fate of the so-called “right to one’s own voice,” an entitlement that first became thinkable with the advent of sound reproduction, with its ostensible “splitting” of voices from bodies. Bringing legal and political theory to bear upon historical understandings pertaining to sound inscription’s “capture” of the voice, the dissertation examines a series of case studies, from litigation surrounding singer “sound-alikes” and the legacy of the 1920s “Blues queens,” to the repatriation of Native American voice cylinders and algorithmic “deepfake” voices, all of which underline the insoluble friction between, on the one hand, a putative entitlement over uses of one’s recorded voice, and on the other, the commonsense perception that unformed sound resists capture as intellectual and tangible property.

More broadly, Matt is committed to bringing methodological perspectives from media theory, law-and-humanities, and critical race theory to bear robustly on post-1945 sound and experimental repertoires. Secondary research interests include psychoanalytic discourse and the material-semiotic transculturation of musical genre and expressive culture in the circum-Atlantic Spanish-speaking world over the longue durée.

Matt has previously published book chapters and journal articles on such topics as Julius Eastman, the postwar reception of Erik Satie, and Jean-François Lyotard’s musical writings. Matt also works as a public musicologist: he was the Publications Fellow at the Tanglewood Music Center for the summer of 2014, and he remains active as a liner note and program annotator. Current non-dissertation projects include articles on the epistemology of space in Varèse and Dufourt, and on futurological campanology.